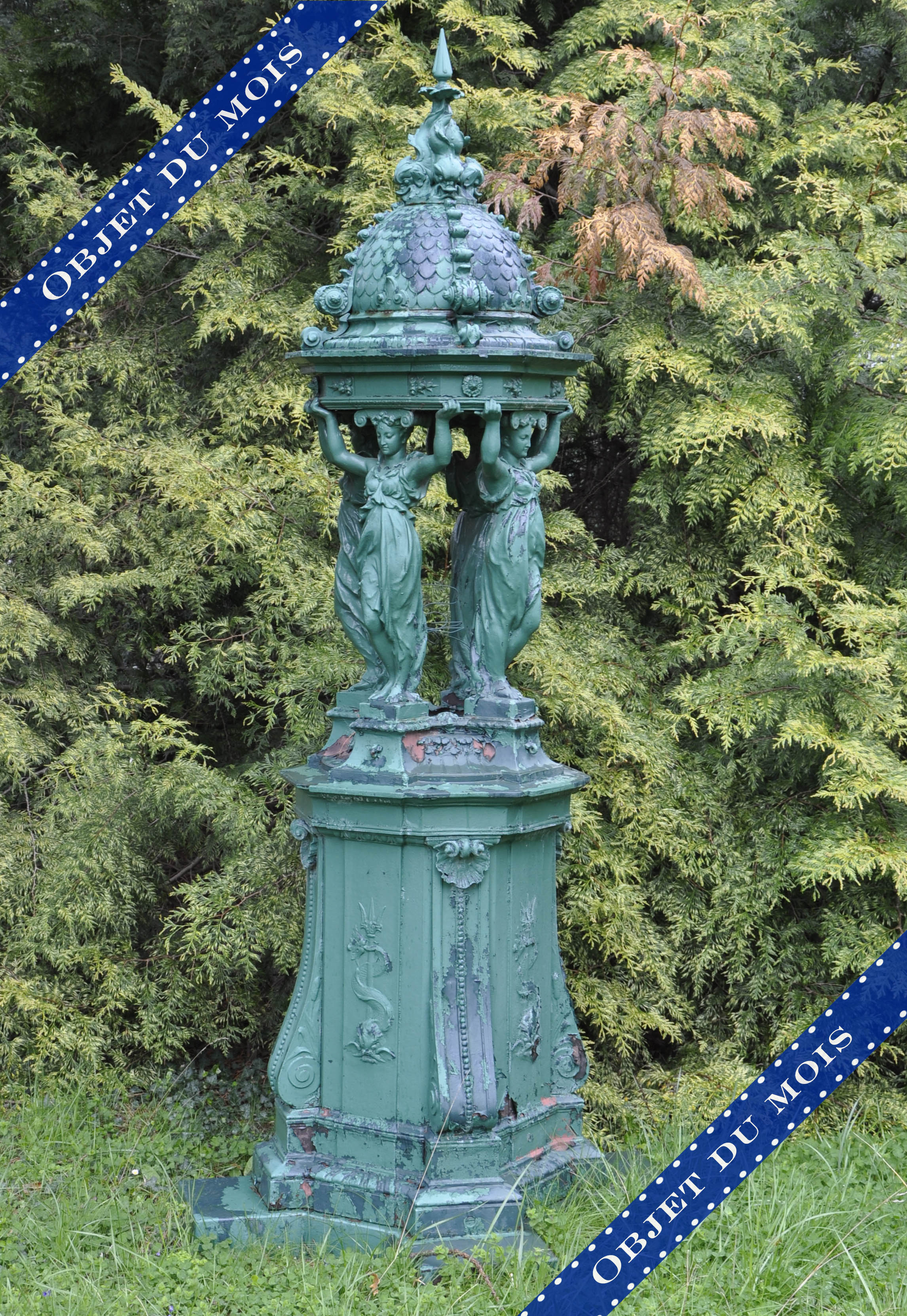 Cast iron fountain painted green. The dome embellished with scales and topped with four sea monsters sculptures, from their open mouths streamed four rivers, symbolized by friezes of wavelets. It is supported by four caryatids draped in antique. They are based on a large octagonal pedestal with breakfronted scrolls topped with shells, alternating winding newts around Poseidon's trident.

Model of the second half of the 20th century.

View this Wallace fountain on

The newspapers of that time related the craze of parisians when the Wallace fountains were installed :

"Not only did we queue, did we parked, did we pressed around these ingenious and beautiful fountains; not only small children drink with delight at these iron cups, that an old man, a passerby are waiting for [...] not only this inexhaustible source creates fraternization - less dangerous than cabaret - , but we see during mealtimes housewives carry jugs of fresh water ... "

The initiative of the generous philanthropist Richard Wallace (1818-1890, born Jackson)

It was said that this art collector was the illegitimate son of the wealthy Marquess of Hertford. In 1870 he became her only heir and devoted this fortune to his passion for the arts. The result is now in the Wallace Collection in London, after the donation of his wife, Lady Wallace. One can admire the masterpieces of 18th century french decorative arts. 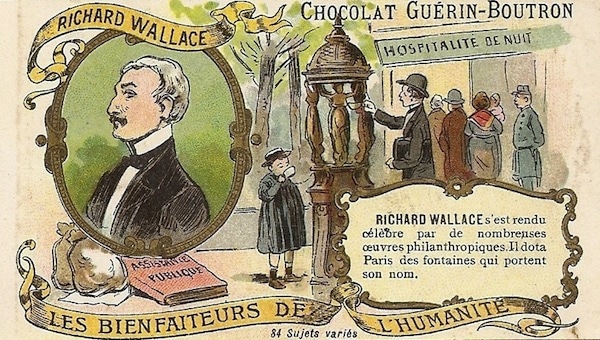 But his passion for France does not stop in the field of arts. At the age of twenty years old, this Englishman moved to Paris and felt in love with both the capital and the Frenchwoman Julie-Amélie Charlotte Castelnau (1819-1897) known today as Lady Wallace. In Parisian literary salons, he meet the greatest artists of his time like Flaubert, Delacroix or the famous poet and art critic Baudelaire.
This generous and enlightened man used his money for the parisian for the first time during the siege of 1870. In 1872, he financed fifty Wallace fountains distributed all over the city, for the amount of 50,000 francs, a fortune at that time. Today there are 150 fountains in Paris, 50 in the french province and some in the world, especially in the Wallace Park of Lisburn (Northern Ireland) in front of the House Wallace (See picture).

The design of the Wallace fountains 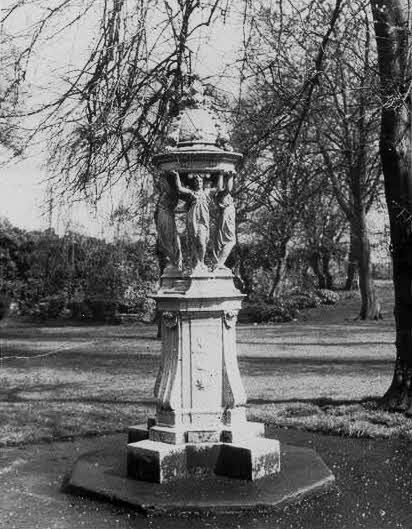 The sculptor Charles-Auguste Lebourg (1829-1906) designed these fountains after a sketch by Richard Wallace (1818-1890). The four women are allegories of four vertues : kindness, simplicity, charity and sobriety. If you look closely, although apparently similar, each one of them has a detail that makes her unique. They have something in commun : they all refers to the canons of academicism. This model is close to the caryatids from the antiquity, like in the Erechtheion of Athens Acropolis.
Although the subject refers to a classical iconography, the sculptor added a "je-ne-sais-quoi" which is charm. Indeed, when someone comes to the "Brasserie des quatre femmes" (Brasserie of the four women) to quench his thirst, he must thread his way between the silhouettes, before he can reach the precious water.

In the second half of the 19th century, hygienist theories had an impact on the Paris urbanization. Nature had to be brought back into the city and thus the Wallace fountains were painted in green, as an attempt to give the capital this color it sorely needed. The iconographic vocabulary revolves around the Water (ripples, newts and Poseidon), to emphasizes the presence of this pure and clean water.

Inspired by London's "drinking fountains", the first Wallace fountain was unveiled the 17th of August, 1872, on the Boulevard de la Villette. Parisians has just survived two major crises: the Siege from September 1870 to January 1871 and the Commune from March to May 1871. The population suffered from water shortages and these fountains were welcomed with fervour. 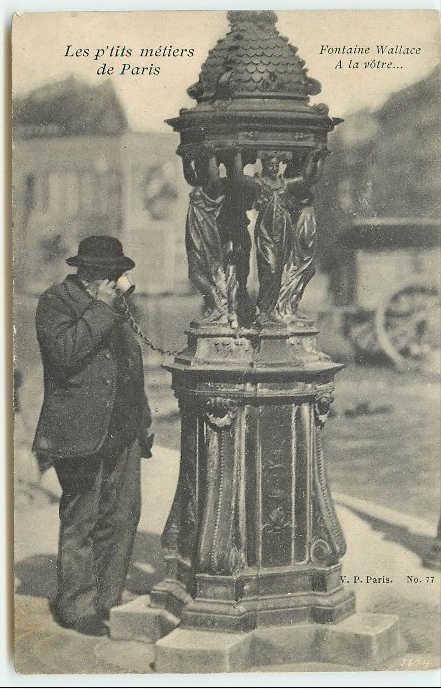 At the begining, fountains were equipped with tin cups tied with a string. For obvious reasons of hygiene, since 1952 it was no longer the case.

Foundries of Val d'Osne closed their doors, it's another company (GHM) which continued the produce of a still fairly crafted version.

In the Paris of the 21th century the walker can pass by the "Millennium Fountain" also called "Fountains of 2000" or "Fontaine RADI1". This is a new version of the iconic Wallace fountain. Its installation follows a contest for the design of a new type of fountain called "à boire" (drinking).

Some of the 119 Wallaces fountains located in Paris nowadays, are colored in a Pop style. 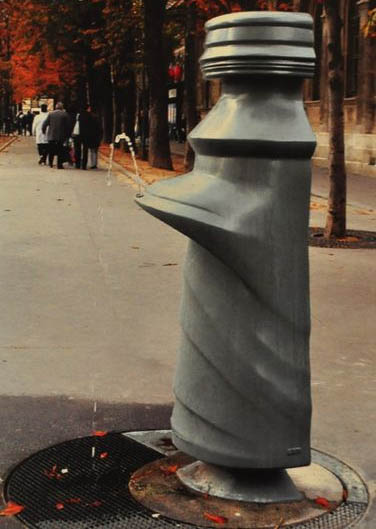 Alongside the Morris column - which was also built in the same period - she forms an iconic duet in the Parisian landscape. Like in this photography taken in 1946 by the famous Robert Doisneau. 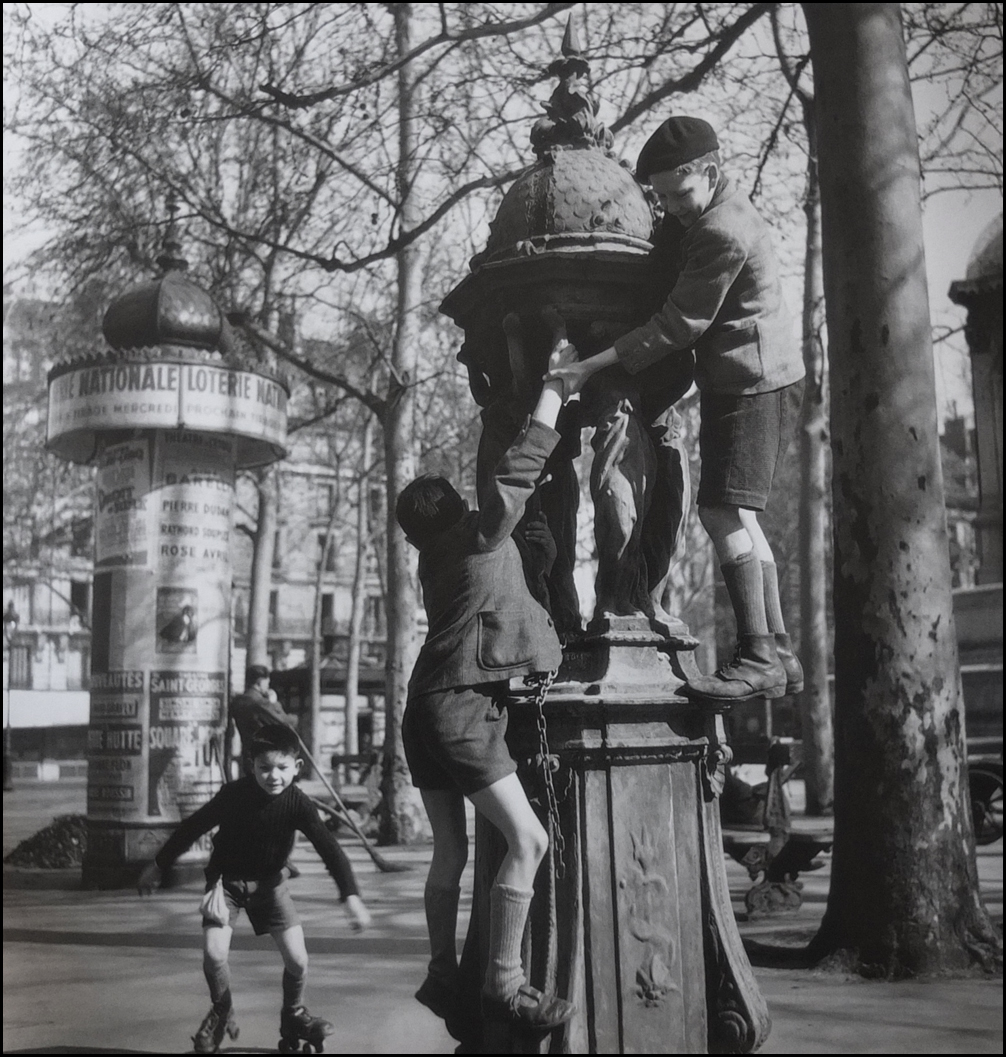 In the public's imagination, the green Wallace Fountain is inextricably linked with Paris ; the city and this public architecture is as inseparable as yellow taxi & New York or red phone box & London. 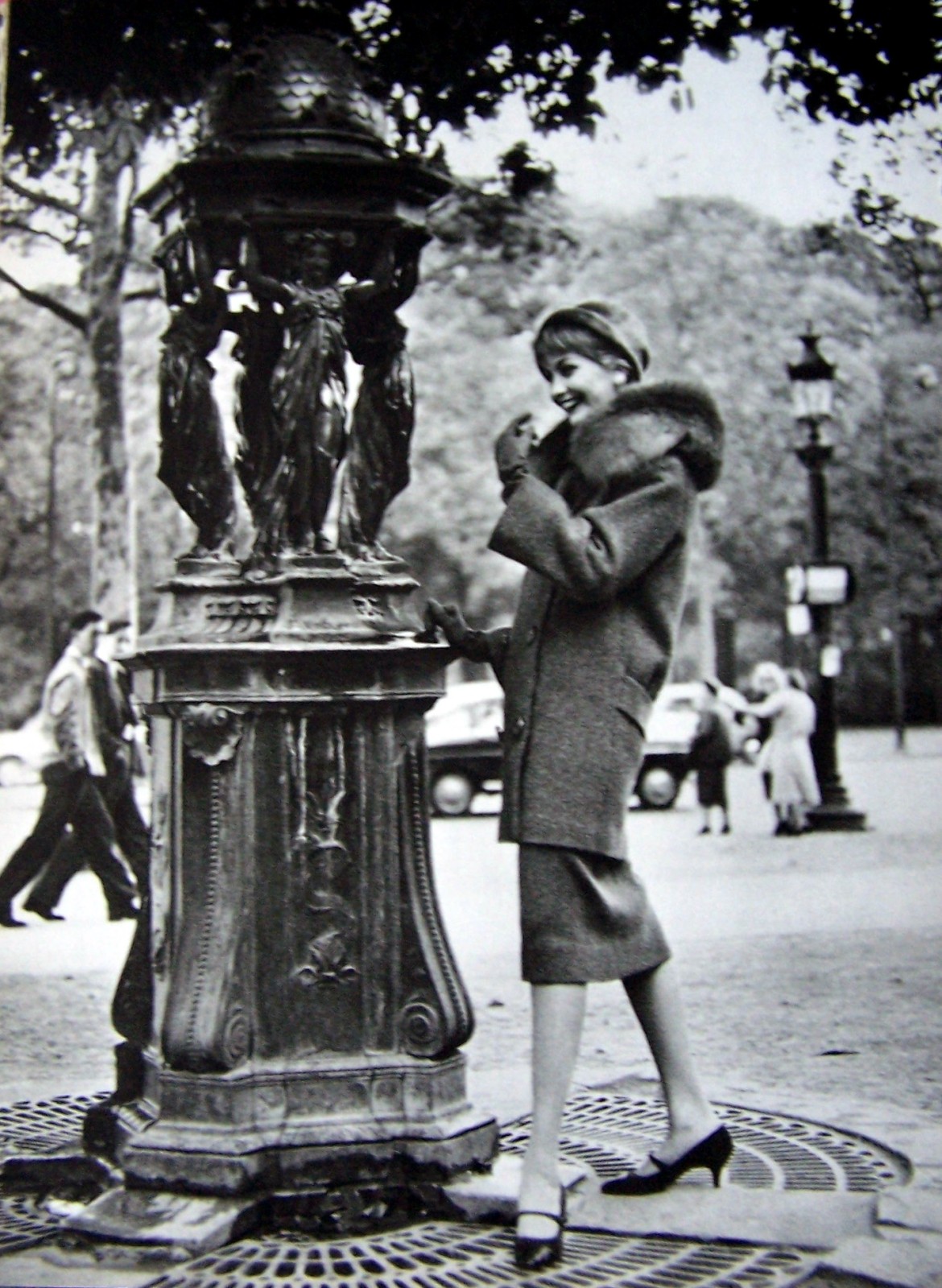 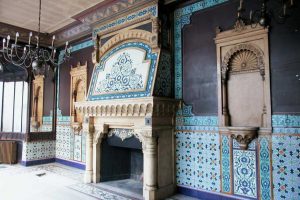