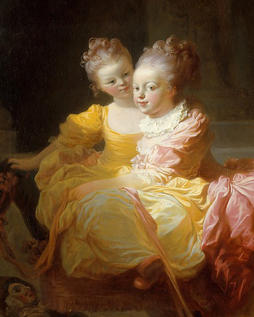 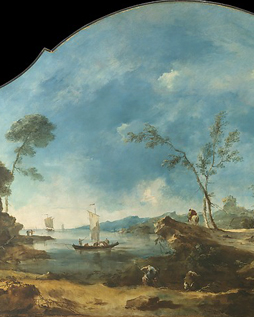 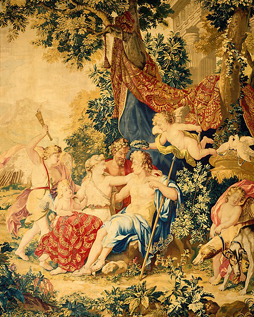 After making a fortune in his family's mining company, the Berwind-White Coal Mining Company, Edward Julius Berwind was able to collect many works of art and to indulge in his passion for eighteenth-century French art.

Married to Sarah Vesta Herminie Torrey (1856-1922), Berwind did not have any children and left all of his fortune, estates, and art collections to his sister Julia A. Berwind (1864-1961).

Julia Berwind inherited the New York City estate on Fifth Avenue as well as The Elms in Newport and spent the rest of her life maintaining these mansions.

In 1953, Julia Berwind exhibited her collection at the Metropolitan Museum of Art in Manhattan, without giving up ownership. At her death in 1961, the collection was donated to the MET, where it has been exhibited to this day.

Among the major artworks of this collection, there are two Fantastic Landscapes by Francesco Guardi. These landscapes of ruins inhabited by fishermen and village people, called “Capriccios”, were most likely painted around 1780 to adorn the walls of the Castello di Collorado in Monte Albano, near Udine, North of Venice. Both of these paintings were exhibited by Edward J. Berwind in the reception hall at The Elms.

Other works by great eighteenth-century French painters include:

- Two pastoral scenes by François Boucher that form a pair, painted in 1768.

Berwind's taste for art was not limited to paintings, and his collection also includes many tapestries from the Imperial Russian Tapestry Manufactory of Saint Petersburg or the National Gobelins Manufactory of Paris, tapestries based on drawings by Raphael and Giulio Romano.

The collection also includes a significant group of sixteenth-century faience dishes in the style of Bernard Palissy called “Rustiques figulines”.

Finally, there is a Virgin and Child by Joos Van Cleve from 1525, from The Elms.

This exceptional collection, which epitomizes the American Golden Age, was amassed by a connoisseur of refined taste, Edward Julius Berwind. It used to embellish his luxurious mansion and now is kept in on of the world's largest museums, the Metropolitan Museum of Art in New York.