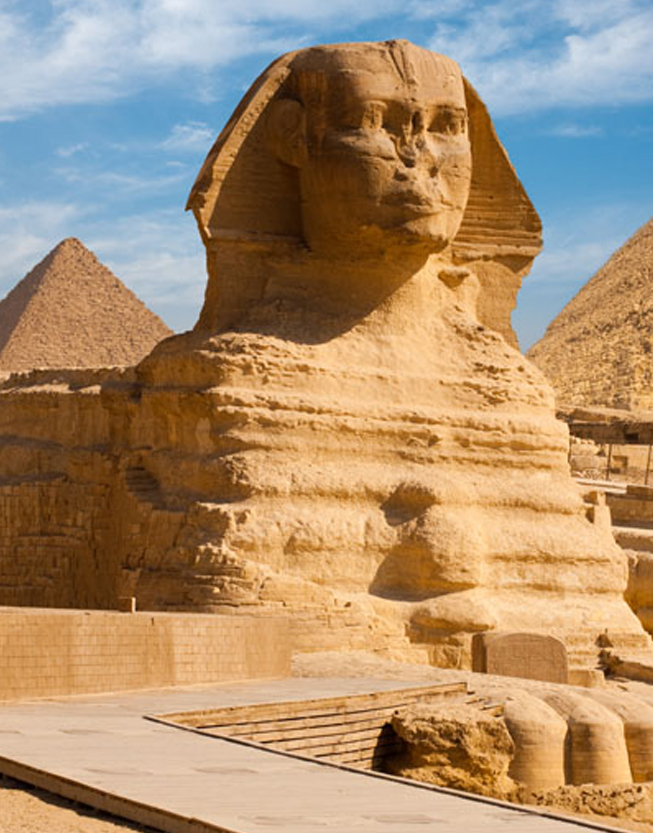 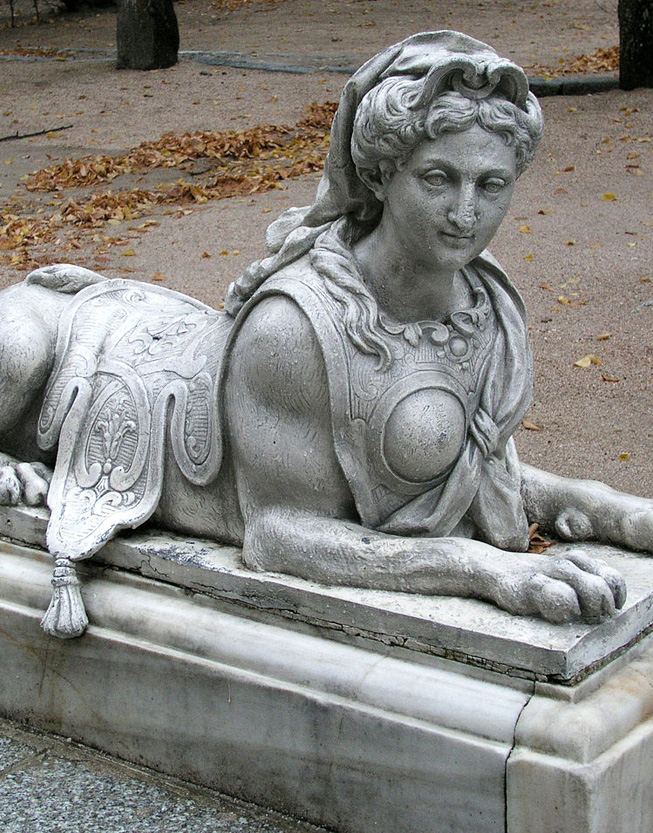 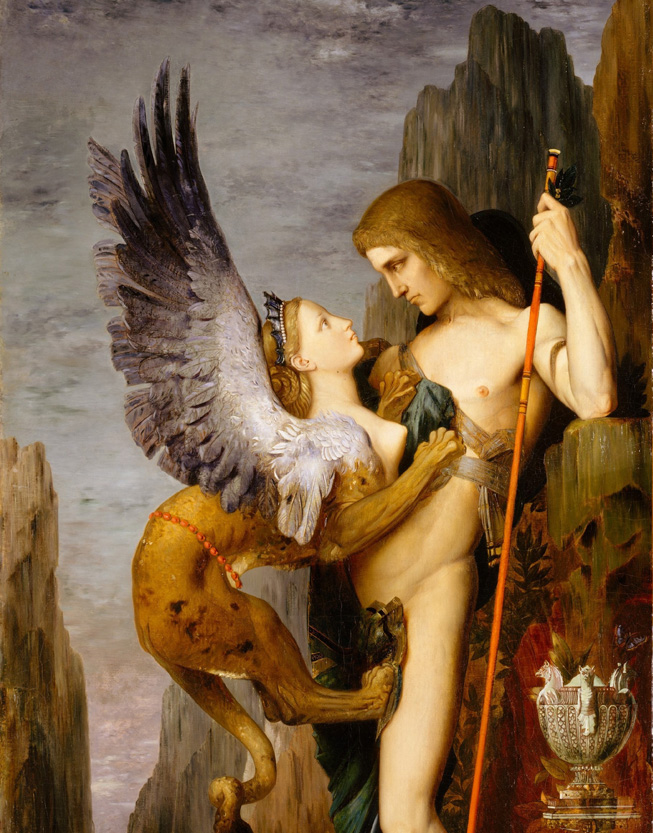 The iconography of the sphinx arose in several Ancient cultures, most famously in Ancient Egypt and in Greek mythology.
The first sphinxes appeared in Egypt during the 3rd millennium BC. A typical Egyptian sphinx is in a reclined position and has a human head and lion's body. It is a symbol of the union between the Sun god Ra (by the lion) and the pharaoh (by the head). Moreover, sphinxes are often represented with a pharaoh's attributes, such as the striped head-cloth, the Nemes. Egyptians see the sphinx as a representation of divine power. It is also a protective animal, a guardian. This is why sphinxes are often situated at the entrance to a royal residence or a tomb, like the gigantic Sphinx of Giza.

The Greek sphinx evolved in a different way, leading to a winged female with a lioness' body and a woman's bust. In Greece, she took on negative connotations and became a destructive monster associated with death. The legend of Oedipus, who must solve the sphinx's riddle to free the city of Thebes that this creature is terrorizing, became one of the most represented scenes featuring the Greek sphinx in Ancient iconography as well as modern.

The sphinx became a part of modern Western iconography as well, be it as a decorative monument in 18th-century gardens or as a theme for 19th -century painters such as Ingres and Gustave Moreau.