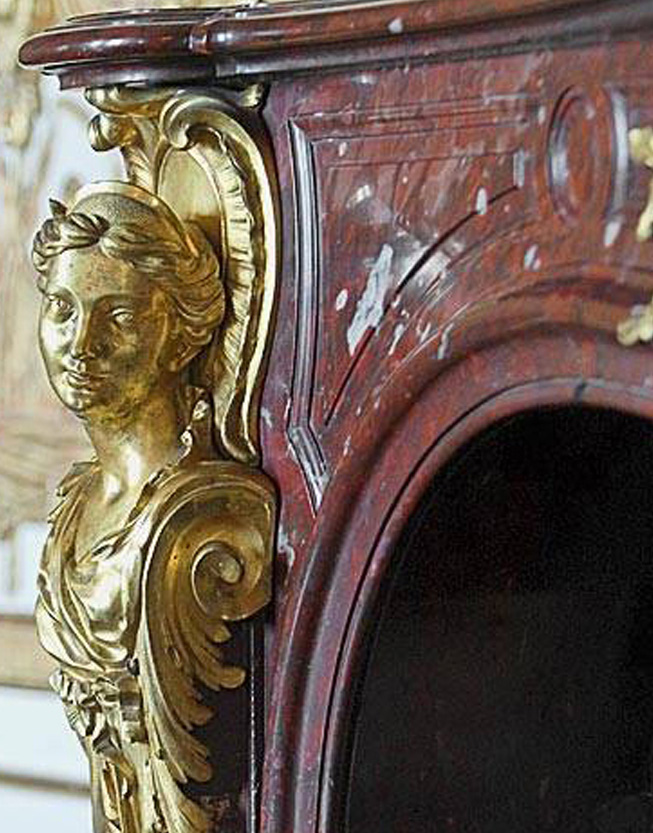 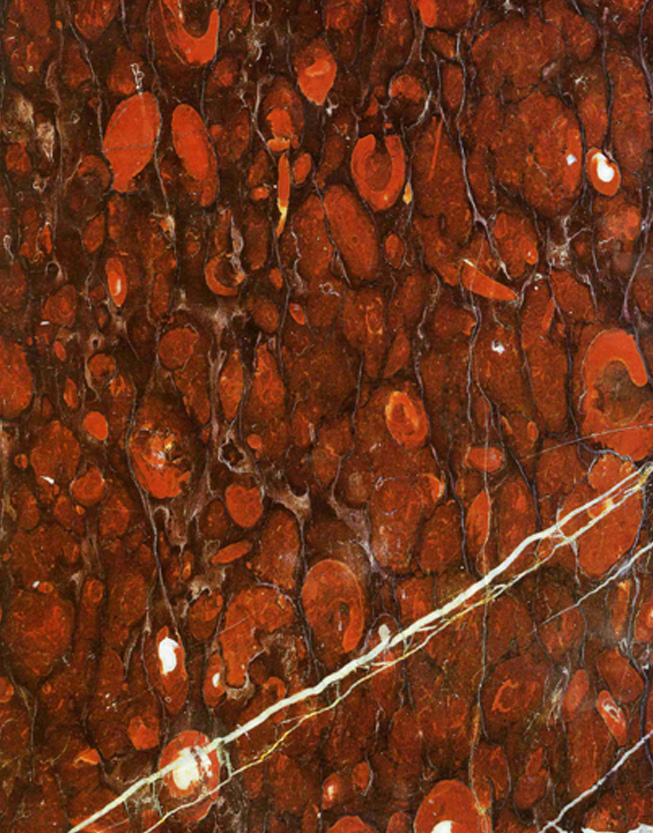 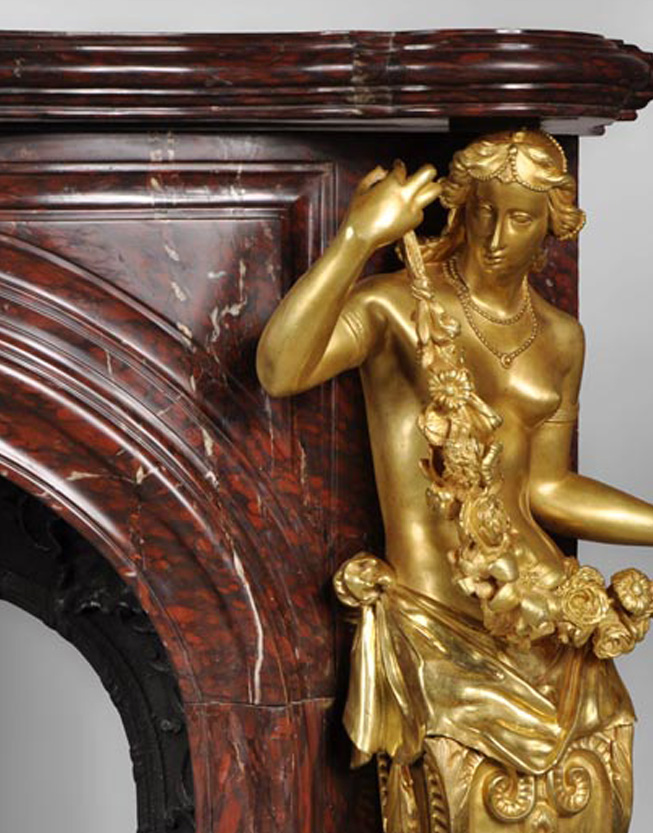 Named after Morello cherries, the sumptuous Red Griotte marble has its color, a deep red. Its motifs are due to fossilized shells in the stone, and it is often stripped or flecked of white calcite, in which case one will name it "partridge eye" ("oeil de Perdrix").

Seeing it as an exceptional marble, King Louis XIV decrees in 1692 "Royal Quarries" the Red Griotte marble quarries of Minervois, nearby Carcassonne. Very much in vogue in the 18th century , the Red Griotte is a marble of preference for aristocratic fireplaces. The Palace of Versailles holds several specimen, as in Louis XV's Cabinet, with gilded bronze decorations. The Louvre, the Château de Fontainebleau, the Grand Foyer in Opéra Garnier, hold fellow fireplaces, rivaling their charm. Often used as well for little objects that are immediately glorified by its aspect, like clocks and statuettes, this marble also adorns palace and church architectures.

The Red Griotte marble is still mainly extracted from the Minervois quarry, but this magnificent material can also be found in the Hautes-Pyrénées department, and in the Spanish Basque Country.