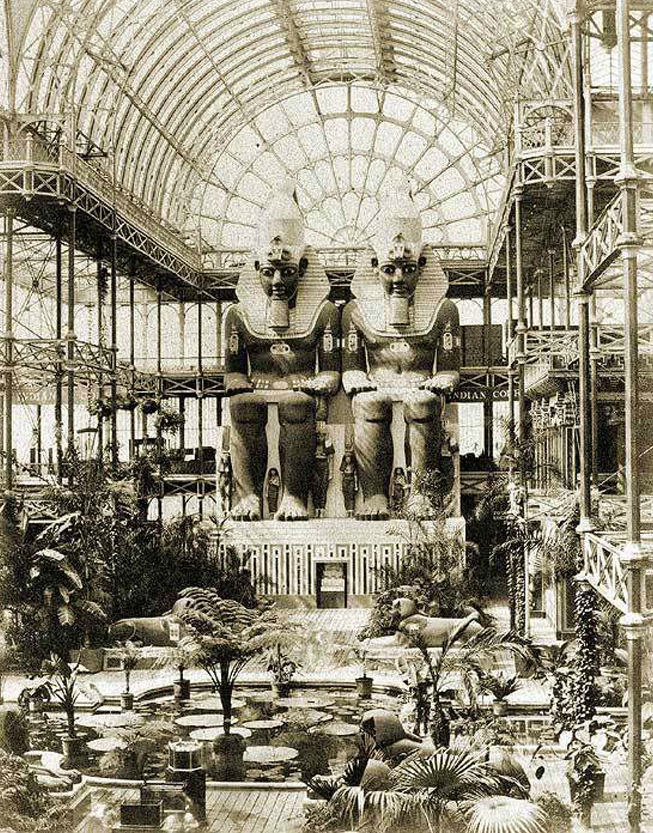 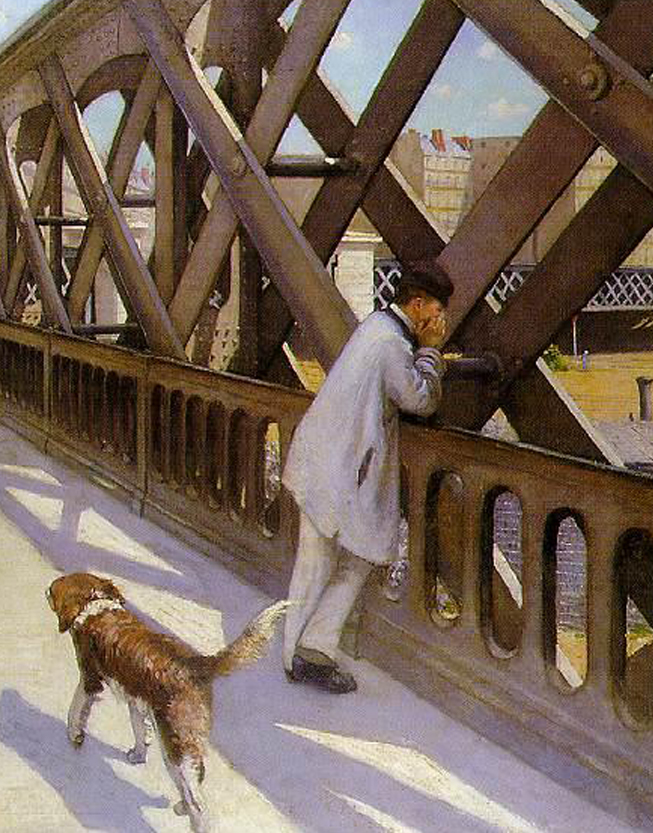 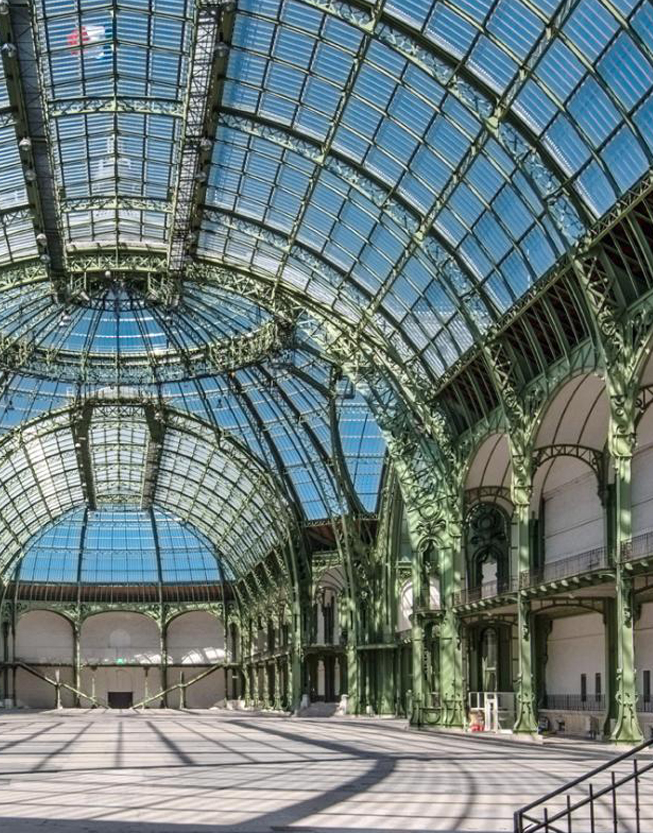 Emile Zola was a great admirer of metallic architecture: "Space had been gained everywhere, light and air entered freely, and the public circulated with the greatest ease under the bold flights of the far-stretching girders. It was the cathedral of modern commerce, light but solid, made for a nation of customers. […] and all that iron formed, beneath the white light of the windows, an excessively light architecture, a complicated lace-work through which the daylight penetrated, the modern realization of a palace of the dreams, of a Babel-like heaping up of the storeys, enlarging the rooms without end".

Metal was employed into construction since the end of the 18th century for its resistance to fire and its incommensurable solidity which was far more important than the wood or stones 'one and gave the possibility to lighten and open buildings. Barely used at first, the metal production grew between 1820 and 1870, at the same time that the Industrial Revolution progressed, and its cost became over the years more affordable. A single event widely participated to disseminate the use of metal into architecture: the Parisian carpenter strike that lasted for several months in 1845 and made builders use iron to end up their constructions.
The Halles Centrales by Baltard, the Pont de l'Europe, the Corn Exchange Building, the Crystal Palace, the famous Pont des Arts, or even the church Saint-Eugene among other religious buildings, covered galleries, train stations honored then metal architecture.
The World's Fairs were an opportunity for the States to start great constructions with this new material and to show the world how modern their country was. Thus, the Eiffel Tower was built for the World's Fair of 1889 and the Grand Palais for the one of 1900.