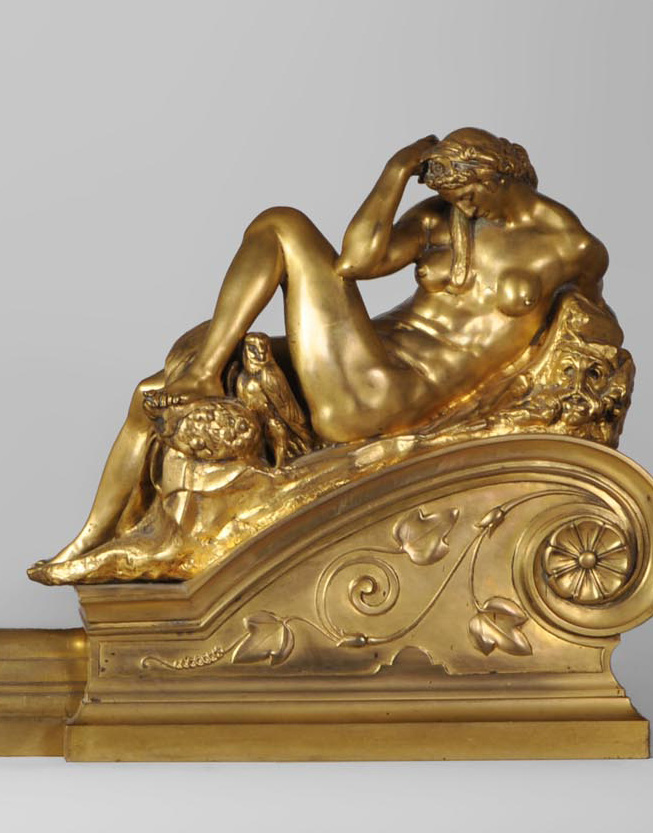 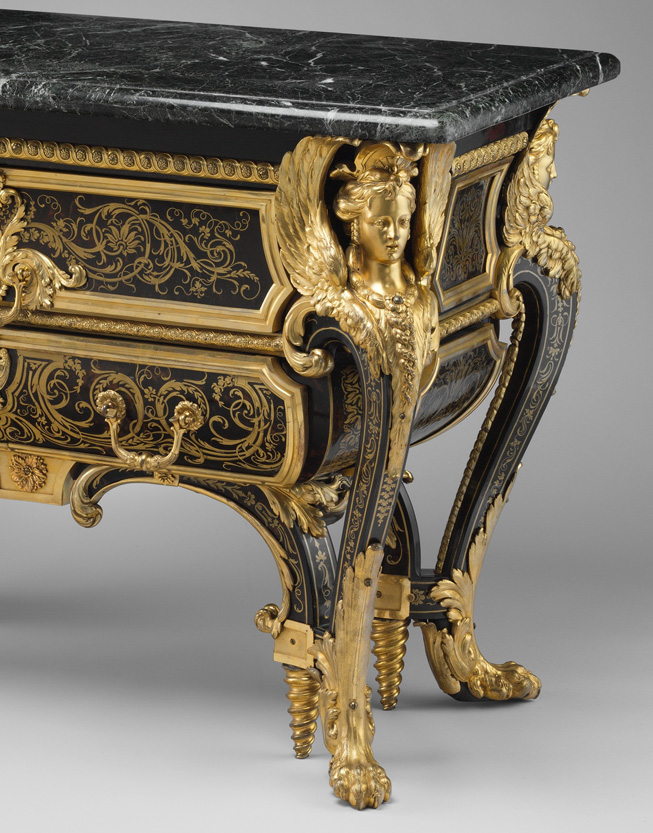 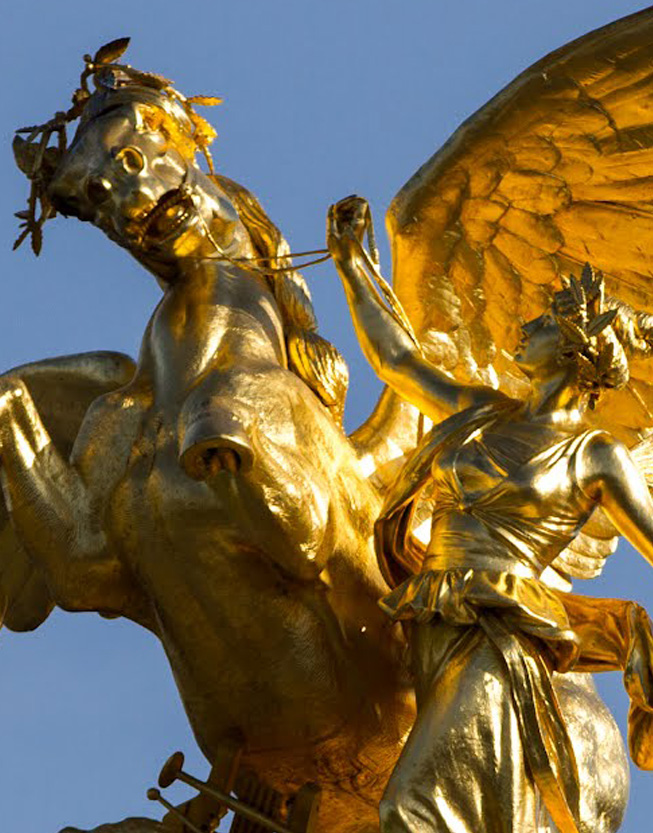 Crafting an object out of gilt bronze demands the participation of several workers and different trades. The molten metal is cast into a mold based on a mock-up made of terracotta or wood, and once the metal has cooled down, the bronze is chiseled. The gilder-chiseler then does the gilding. Different methods can be used : mercury gilding or gold leaf. The first method often leads to an extremely high-quality result, and the second is more economical. In 1827, gold-plating was invented, which made it possible to avoid mercury vapor that was very dangerous.

Gilt bronze was already used in Italy during the 17th century, but Louis XIV's flamboyant reign, along with André Charles Boulle's renown, truly spread the use of gilt bronze all over Europe. Afterward, the Empire and the Restauration brought gilt bronze back in style as it was used to decorate luxurious interiors.

Gilt bronze is used to decorate stairway railings, luminaries, furnishings, clockwork, and statues, such as those placed on top of the pillars around the Pont Alexandre III (Alexandre III Bridge) inaugurated in 1900 for the World's Fair. Philippe and Jacques Caffiéri, Jean-Claude Duplessis, Jean Joseph de Saint-Germain, François Rémond, and Pierre Gouthière are a few important artists that signed gilt bronzes.