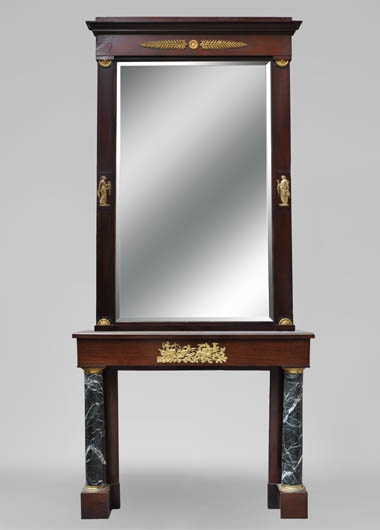 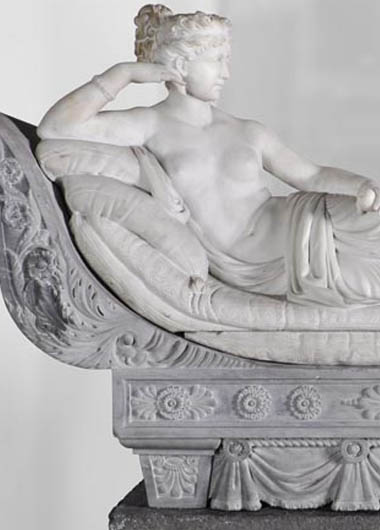 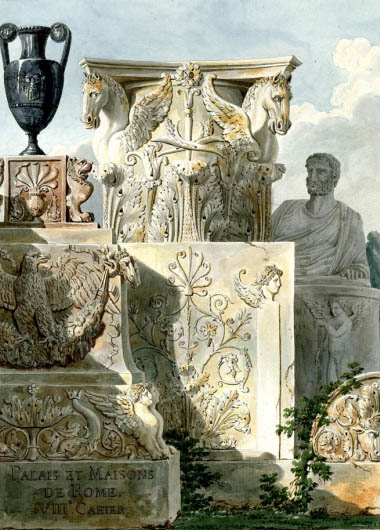 In 1804, Napoleon Bonaparte became Emperor and therefor french art was experiencing a renewal. In order to legitimize his new status, Napoleon needed to reconnect with Monarchy's splendor. His new model was inspired from the Antique Rome and Egyptomania. Iconography attached to this style were : Sphinx and sphinxes, lions, eagles, swans, bees, stars, palms, lyres and of course the initial of Napoleon "N" surrounded by laurels.
Great monuments were made with simple, straight and clean lines, using rare marbles and semi-precious stone such as marble, porphyry, malachite and lapiz lazuli. Gilt or silver mounted bronzes were also associated.

The Emperor architects and ornementalists Percier and Fontaine, and the cabinetmakers family Jacob imposed an official ornamental vocabulary. The furniture were monumental and massive, often made out of mahogany; a new type of objects appeared, such as the ship bed, psyche or athenian. The jambs are often sword shaped or ornamented with a claw, it is very common for the fireplaces of this period, often made in beautiful and rare marbles.