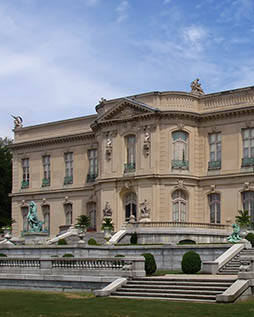 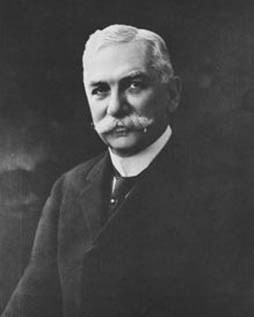 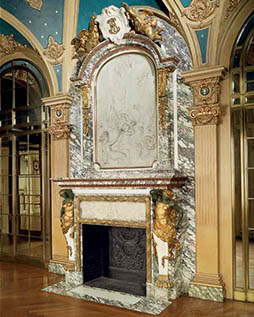 The son of German immigrants, Edward Julius Berwind was born in Philadelphia in 1848. He served in the Navy from 1865 to 1875 before taking over his father's coal mining company with his brother, where he would earn a fortune.

At the turn of the twentieth century, it was one of the largest coal-producing companies in the United States, having created several cities in West Virginia and Pennsylvania. The company exported coal to South America, the West Indies and Europe. Edward Julius Berwind quickly became a millionaire. In 1876, he moved his offices to New York City and purchased a lot on Fifth Avenue where he built a mansion. This house allowed him to organize magnificent receptions in the second-floor ballroom and also became a treasure trove for the collection of artwork owned by the art connoisseur, which included paintings, tapestries, and glasswork. This vast collection is now kept at the Metropolitan Museum in New York.

The gorgeous residence, situated at 64th Street and Fifth Avenue, or 828 Fifth Avenue, was designed in 1894 by a young architect named Nathan Clark Mellen. The interiors were designed and decorated by the Jules Allard et Fils company, Parisian cabinetmakers and decorators who had opened a branch in New York City in 1885. Architecture historian John Tauranac later described the mansion in the New York Times as "nothing less of a palace [...] unabashedly Louis XV and about as close to Versailles as residential New York has to offer".

The extraordinary fireplace from this mansion presented on our website was created by Jules Allard and features exceptional sculptures by Louis Ardisson.

Jules Allard was also the interior designer for the Berwind family's Summer estate The Elms in Newport Beach in 1901. Modeled on the Château d'Asnières, this mansion contains 48 rooms! In this residence, Edward J. Berwind and his wife Sarah used to receive the most prominent people of their time, such as Theodore Roosevelt and Kaiser Wilhelm II of Germany. In 1901, they had a splendid party in the gigantic ballroom (130 m², or 425.5 Sq. Ft.) for the inauguration of the estate.